Sick of the terror and anxiety of war, the Nasa people launched a crusade to remove all armed groups from their territories, including the guerrillas and the Armed Forces.

The conflict between the FARC and the Armed Forces in the town of Toribío last weekend became the catalyst sparking the indigenous Nasa to take a new position in regards to the armed conflict that plagues them.

On Friday July 6, for more than 40 hours, the urban center of the town turned into a battle zone from which more than 200 families fled in terror to avoid the cross-fire and the guerrillas´ explosives.

One source from the Association of Indigenous Councils of Northern Cauca (Acin) described how FARC harassment stopped after a large group of citizens went to the mountains on Sunday afternoon to demand a ceasefire.

“If it had not been carried out that way, there still would have been harassment. Only the civil action launched on Sunday afternoon allowed for the cessation of activities,” the source said, who disagreed with official declarations indicating that the Armed Forces had complete control of the area.

According to Acin records, last week´s confrontations left 120 homes hit by gunfire and explosions, one health center destroyed, 11 people injured and another 500 displaced, who on Tuesday began to return to Toribío.

These events occurred as Toribío prepared to commemorate its first anniversary of its most brutal attack. On July 9, 2011, the FARC activated a bomb in front of the police station, leaving 97 houses destroyed, another 180 damaged, 4 deaths and 80 injuries.

According to interviews with the region’s leaders, the indigenous people would like to live in peace, and believe that this does not coincide with armed conflict or an increase in troops in the region.

Due to the violence leaves them trapped as victims of someone else’s war, the Northern Cauca habitants have carried out several marches and demonstrations asking the armed groups to leave them outside the conflict and cease their hostility.

But upon encountering deaf ears, the Nasa decided to change their strategy, now asking all groups, legal and illegal, to leave their ancestral territories and allow them to live without the anxiety of war.

“We stand in permanent resistance until the armed groups leave our land. We are here, and we are not going to leave. Those that need to leave are the legal and illegal armed groups, who come spreading death in our territories,” the Acin said in a statement.

The Nasa soon moved from these marches and requests to concrete action. Last Monday, during the commemoration of the FARC attack, around 300 people removed the trenches that the police had installed in the urban center of Toribío.

In addition, a large group began a march toward the mountains to do the same to the FARC defense posts, demanding that they leave their territory.

The new motto of the Nasa people against the armed conflict similarly speaks to the idea of concrete action: “We aren’t going to remain here with our arms crossed, watching as they kill us and destroy our territories, communities, life plans and organizational processes. Therefore, with reason and dignity we will begin to march to where the armed groups are located, to tell them face to face that we operate within the framework of our autonomy, that we demand that they leave, that we don’t want them here, that we are tired of death, that they are wrong and that they should leave us in peace.”

In an interview with the newspaper El Tiempo, Feliciano Valencia, the spokesman for the Acin and the Regional Indigenous Council of Cauca (Cric), said that they had become tired of war, and that although they respect the government and Constitution, they do not support the militarization of indigenous territories.

The indigenous people want all armed groups to leave the area and propose, according to Valencia, that “the councils and deputies that make up the region´s government exercise control in support of the indigenous guard. We have 4,000 indigenous guards. We need them to have guarantees and recognition.” 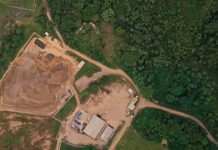 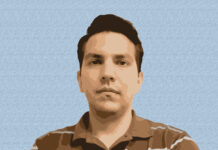 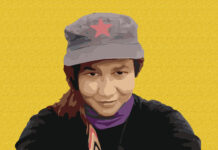