Five years after the beginning of the Justice and Peace process -the transitional justice process that Colombia installed to negotiate the demobilization of over 30.000 paramilitaries –a judge imposed the first verdict against two paramilitary chiefs, aka ‘Diego Vecino’ and ‘Juancho Dique’, for crimes against the Mampujan community, a small village in Bolivar department. This is a VerdadAbierta.com’s multimedia about how the courts arrived to this historic decision.

The Bogota’s Superior Court sentenced Edward Cobos Téllez aka ‘Diego Vecino’ and Úber Banquez Martínez aka ‘Juancho Dique’, two former paramilitary commanders, to ordinary penalties of 39 and 38 years respectively for the slaughter of 11 peasants and displacement of 300 families in Mampujan on the 10th and11th of March, 2000.

However, both demobilized paramilitary men, being sheltered by the Justice and Peace have an alternative sentence of eight years.

The Court found guilty “Diego Vecino” and “Juancho Dique” of the crimes of conspiracy, murder, displacement, kidnapping, robbery, illegal possession of weapons and wearing uniforms that can only be used by the Army.

The Court considered that the massacre of Mampujan and displacement of its people are crimes against international humanitarian law and against humanity.

The Court also determined the compensation victims should receive as a restoration of their rights.

The compensation was calculated according to other rulings by the Inter-American Court of Human Rights. The paramilitaries have to pay 240 million to each family who had a loved-one murdered, with a maximum of 40 million pesos for surviving victims.

For displacement, each family will receive 120 million pesos. The Court also awardeda 30-million-compensation to persons who had been kidnapped.

The victims, who had requested an average of 645 million pesos for each family will appeal the decision.

Now the Supreme Court of Justice will review the case, which will set a precedent on justice and truth for the thousands of demobilized paramilitaries and restoration for their victims of massacres, disappearance, displacement, kidnapping and robbery, among others.

This VerdadAbierta’s multimedia presents four keys to understand the verdict:

– How was the massacre and mass displacement of Mampuján: an interactive map on the path of the paramilitaries on March 10th and 11th, 2000.

– Face to face with the executioners: the trial of ‘Juancho Dique’ and ‘Diego Vecino’  was the first opportunity for the victims to confront the paramilitaries responsible for eleven murders and displacement of an entire community. Excerpts from some questions victims asked.

– What the victims asked for: a graphic showing what victims, their lawyers and the General Attorney’s Office asked the Court to grant the victims as restoration and what the paramilitaries offered.

– The verdict: An article that explains the details and implications of the Court´s sentence. 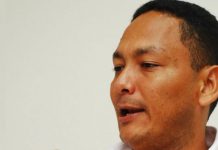 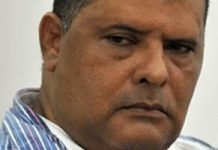