A year before the demobilization of the paramilitary’s leader, “Jorge 40”, several peasants from southern Magdalena wrote to him (in letters that were first published by Verdad Abierta), begging for the return of their lands.  These lands had been taken by several of his men, among them, “El Tuto” Castro, who is now a free man. These farmers naively believed that “40” would return the stolen land back to them, but as of today they have yet to recover it.  On September 1, 2001 a paramilitary group met several farmers from the municipality of San Angel, south of Magdalena.

This paramilitary group, led by Cesar Augusto Castro Pacheco, also known as “El Tuto”, demobilized from the North Bloc and who is now a free man, came to inform the farmers that “Jorge 40” had decided that they must abandon their lands. They were told that the paramilitaries needed their land. The farmers knew that opposition to this decision meant death.

Rodrigo Tovar Pupo, also known as “Jorge 40” had his base of operations in San Angelo. There he implemented a regime of terror and control over the entire population. Nothing was done without his consent.  Under the rule of “40” many of his men made a fortune. “El Tuto” Castro, brother of former Senator Jorge Castro Pacheco (now on trial for parapolitics) and Miguel Gnecco Pacheco, also known as “Don Armando”, began to pressure hundreds of peasants in the region to sell their land to them at very low prices. In other cases, they just threatened the farmers to hand over their property without paying a single peso.  Much of this land was originally awarded to the people of Magdalena by the Colombian Institute of Agrarian Reform, or INCORA, before it was taken by the paramilitary.

In 2005, even before “Jorge 40” was demobilized, several farmers in the region, believing that “40”’s men had acted without his knowledge, sent letters to the paramilitary leader begging him to return their land.  In these letters, the displaced farmers told their stories, explaining the hardships they had endured since they were evicted by “40”’s lieutenants.

One of these farmers, Miguel, complained to prosecutors that he was forced to flee San Angel because he did not want to relinquish his 45-hectare farm to “Tuto” Castro.

“…They said that “El Tuto” in the name of  “Jorge 40” brought us a message that we must abandon the land…because the AUC needed the land and that this was the reason we had to leave. I did not want to leave because I had 120 cattle and no place to take them. However, “Tuto’s” group forced us to leave; I had to move the animals. I lost 15 animals to illness. Before losing everything I sold some animals very cheaply or ate them. Mr. “Tuto” Castro’s group was looking for me to get my signature transferring my land to them. I did not want to sign. This is the reason I had to hide myself in many houses of the town. The last option was to flee… I had to go to another town to hide myself and prevent the AUC from killing me or making me sign the transferring document”.

According to this evicted citizen, he was never able to return to his farm, as he continued to fear for his life. The paramilitaries have not returned the property to Accion Social, a fact substantiated by Verdad Abierta.  However, after four years without his farm, Miguel decided to send a letter to “Jorge 40”, requesting the return of his land.

“Respectfully as usual, I am writing to you requesting that you order whomever it may concern to return my land to me. It is located in the municipality of San Angel. I was evicted 4 years ago from my farm, which was my family’s livelihood. Now I am living from their support. We are wandering from city to city in search of our livelihood. We are a hard-working family with high morality, so I beg you to return to us the land mentioned, which was taken by Cesar Augusto Pachecho, also known as “El Tuto”, who promised to make the respective payment and this disbursement was never made, so I want my land.”

Alberto was awarded a 40-hectare plot in San Angel by INCORA in 1999. There he lived with his wife and raised his children in peace, until that day in 2001 when paramilitary forces sent by “Tuto” Castro brought the message from “Jorge 40” demanding that he relinquish his farm.

“Mr. “El Tuto” came to my house and talked to my wife. I was not there. He left a message with her that he needed to buy my farm…Then he sent other men requesting that I sell the land to another individual with the surname of Mr. Nieto…“El Tuto” wanted the
property title to get a bank loan.”

This farmer had to flee with his family and now he has moved away from his land. He also sent a letter to “Jorge 40” begging him to return his property.

“The survival of my family depends upon this land, because it is our livelihood and my children’s future. Therefore I beg you to return the mentioned land, from which we were evicted by Augusto Castro Francisco Pacheco, about four years ago, who promised to make the respective payment but never did so.”

Horacio, a peasant, who inherited a 152-hectare farm, with more than 100 cattle, has a similar story. On February 15, 2000 Miguel Castro Gnecco, also known as “Don Armando”, approached him at his property to demand that he sell the farm or risk the murder of one of his children.  “Don Armando” valued the farm and livestock at 15 million pesos. Horacio did not have any other option but to sell the property and move away to another location. However in February 2005 he asked “Jorge 40” to pay a fair price for his land.

“‘Don Armando’ pressured me to sell my land. He told me that I had to sell and vacate my land or he would remove me by force.  He ordered me to sell it at his imposed price. If I didn’t do so, my relatives and I would have been in danger of losing our lives.”

As of today, neither Rodrigo Tovar, nor Cesar Castro, nor Miguel Gnecco have returned the land to the peasants, and have never paid them the true value of the land.  The paramilitaries exploited and threatened the farmers in order to pay the lowest price for their properties, as happened to Marta, a peasant who was living in Pivijay and was visited by “Don Armando”.

In her letter to “Jorge 40” she recounts how “Don Armando” sent her a message ordering her to vacate her land because he needed to bring some cattle to her property.  “Don Armando” offered to pay 50 thousand pesos per hectare.  When she bravely refused to sell her property, the paramilitary threatened one of her sons.

“Then he told me that intelligent people survive. When he got there with several armed men I told him to wait until I talked with my brother. The next day, when he came with some other armed men, he called me to the courtyard while some women and armed men were looking inside my house. I was so nervous and I asked for five hundred thousand pesos for the land…”

“He answered that on August 5th I would receive the money. I was sick, but he requested that I move away with my children on June 15th, because he needed the land before the end of the month… I was so nervous waiting for the money.”

“After one year and three months he came with eight million pesos.  Because my mother was very sick and I did not have any money, I had to accept it.”

After many tries, Marta received only 39 million pesos for her property, which cost much more, and she was forced to move away from the place that was her and her family’s livelihood. However, like asking for mercy from those who have none, she asked the powerful “Jorge 40” to return her land.

“I think that Mr. Armando must formally return my land, as so far, I have not made a formal delivery of the fields and I have not given him the title.”

These letters were found by CTI prosecutors in a raid on one of the properties of “Jorge 40”’ in San Miguel in 2006. There has been no prosecution of “Tuto” Castro, who was demobilized from the North block, or “Don Armando”. These two demobilized paramilitaries are still living as free men.  Some of their victims ensure that they still possess the land that they stole from hundreds of peasants from the San Miguel area, whilethe farmers, who were evicted from their properties, still wander along the Caribbean coast of Colombia without being able to return to their land.

* All names of the farmers were changed for safety reasons, since many of them have reported threats on their lives. 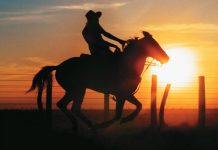 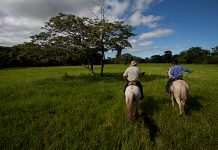