A judge in Bogotá called Salvatore Mancusco, “Don Berna,” “Ernesto Báez,” “El Alemán” and “Jorge 40,” to testify in the trial of José Miguel Narváez, accused of the murder of Jaime Garzón.

Jaime Garzón was murdered on August 13, 1999 by gunmen sent by Carlos Castaño.

One piece of evidence the prosecution will present will be the USB drive of the late paramilitary boss Carlos Castaño, which, according to several sources, contains information that Narváez gave to the paramilitaries in order to commit the crime. The USB was turned in to officials by Ever Veloza (alias “HH”).

Contained in the files are also records of various operations ordered by Castaño. An informatics group of the ITC has been given the task of assessing their veracity.

Upon considering that testimony from former paramilitary bosses Iván Laverde (alias “The Iguano”) and Raúl Hasbún had already been heard by the prosecution, the judge ruled against its repetition during the trial.

At the exit to the courthouse, Narváez, the former sub-director of the DAS, assured his innocence and welcomed the testimony of the former paramilitary bosses.

On August 13, 1999, Jaime Garzón was killed by two gunmen on his way to the facilities of Radionet in Bogotá. In so doing, they took the life of one of the country´s most beloved journalists. The judicial process culminated in 2004 with the conviction of Carlos Castaño Gil, the commander of the AUC; however, with Castaño´s assassination that same year, the ruling never took effect.

Last June, the prosecution accused Narváez as the instigator of Garzón´s murder. This decision was based on the testimony of several paramilitaries, which implicated him as the advisor to the paramilitaries who ordered the death of the journalist.

Evidence against Narváez includes the testimony of five former paramilitary bosses indicating that he was the person who lead Carlos Castaño to give the order to murder Garzón. But the accusations against him run deeper than the humorist´s murder.

Narváez is also accused of being one of the main perpetrators in the kidnapping of Senator Piedad Córdoba by the paramilitaries.

The magazine SEMANA reported that “the more demanding challenge is that evidence from former leaders of the AUC not only links Narváez to these episodes, but also indicates a larger influence that he retained over the actions of the paramilitaries during the past decades as a teacher and ideologue.”

“He met several times with Castaño and with me to teach us to fight the communists. He was involved with various paramilitary training schools where he had the opportunity to indoctrinate those men,” said Salvatore Manusco in his testimony from a U.S. prison in February 2009, referring to Narváez.

“He shot at everybody and said that it was lawful to fight communists, no matter where you encountered them. The fervor with which he spoke surprised us. Later he told us to take note and made a list of the 50 NGOs he claimed were owned by guerillas. Afterwards I said to Carlos [Castaño]: “This man is a terrorist.” It surprised me to see him a second time in the DAS (??),” said Freddy Rendón (“The German”).

Diego Fernando Murillo Bejarano (“Don Berna”), Iván Roberto Duque (“Ernesto Báez”) and Jorge Iván Laverde (“The Iguano”) have provided similar testimony to the authorities. These stories, along with other evidence, are what today have Narváez behind bars.

What is surprising is that although some of this evidence is old, and many facts regarding Narváez have been known for years, only now have the courts set their sights on a character with a story capable of opening many doors toward answering the questions that justice has not been able to resolve.

Narváez is a former businessman and Army Reserve officer who for years worked as an adivsor to the Ministry of Defense on matters of intelligence. He taught at the War College and served as deputy director of the DAS for several months in the administration of Jorge Noguera, also prosecuted for his ties to the AUC. At various times he was the advisor to the Federation of Livestock (Fedegán), a post he held until shortly before his arrest. In the Armed Forces he has always been associated with the most controversial military officials, including General Rito Alejo del Rio.

The fact that Narvaéz must face justice is certainly important. But the vital point is that these investigations cannot simply uncover the tip of the iceberg. Clearly, Narváez did not act alone. The challenge for authorities, therefore, is to identify the people behind these actions and this controversial character. 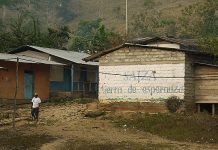 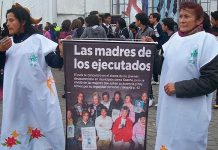 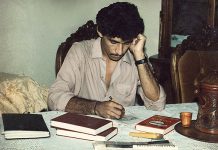 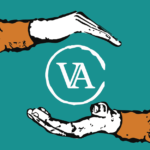